A Day on Place at Essex Book Festival 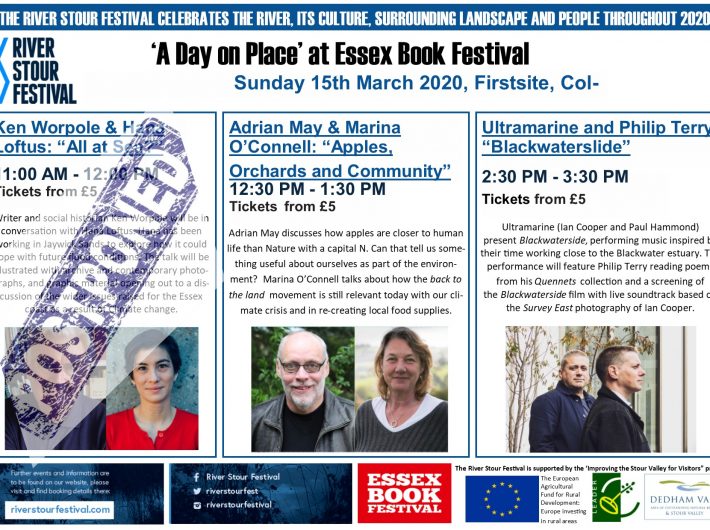 The River Stour Festival is pleased to be involved in the ‘Day on Place’, part of Essex Book Festival, at Firstiste in Colchester this Sunday (15th March).

Unfortunately, due to family ill health, the previously scheduled ‘All at Sea?’ talk by Ken Worpole and Hana Loftus, which was due to take place from 11am to 12pm, has been cancelled (to be rescheduled later in the year).

The other two event’s are going ahead:

“Apples, Orchards and Community” with Adrian May and Marina O’Connell:

Hear Adrian May discuss how apples are closer to human life than Nature with a capital N. Can that tell us something useful about ourselves as part of the environment?  Marina O’Connell will  talk about how the back to the land movement is still relevant today with our climate crisis and in re-creating local food supplies. Followed by an open discussion, hosted by Ken Worpole around the subjects of apples, orchards and community. 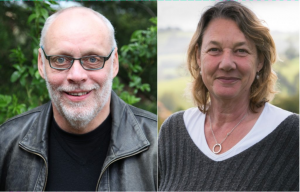 “Blackwaterslide” with Ultramarine and Philip Terry

Ultramarine (Ian Cooper and Paul Hammond) present Blackwaterside, performing music inspired by their time working close to the Blackwater estuary. The performance will feature Philip Terry reading poems from his Quennets collection and a screening of the Blackwaterside film with live soundtrack based on the Survey East photography of Ian Cooper. 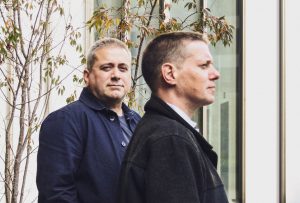