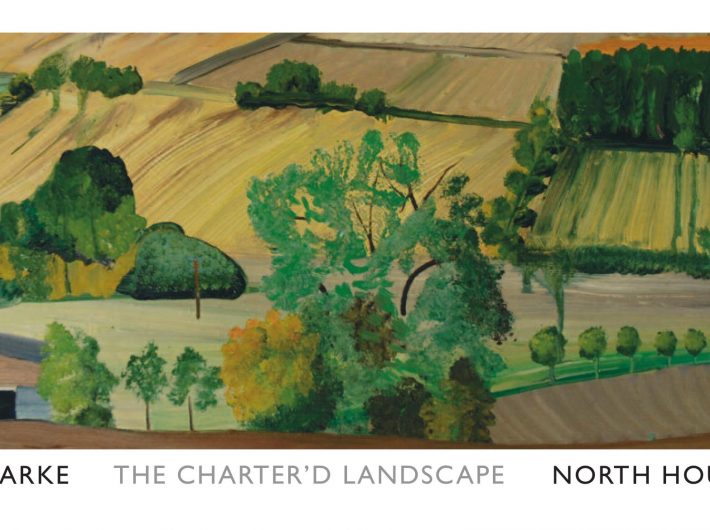 The Walls
Manningtree
Essex
CO11 1AS

Opening 3 October 2020, 2–6pm. Then open on Saturdays, 10am–5pm or by appointment.
Social distancing measures will be in place

Book Now
It is a pleasure to present paintings in oil on board or mixed media on paper and 3D works by Duncan Clarke from the last three years. Some of the paintings are celebratory figurative depictions of favourite elements of the landscape around his studio in Coleshill, Oxfordshire. Others, more elegiac, have a background of rectangular palimpsests of layered striations, representing squared off fields and years of ploughing, overlain with the ghosts of flora and fauna whose habitat has been destroyed. There are garden paintings, looser and more brightly coloured, and more abstract 3D models of buildings that play games with perspective.   “I am fascinated by what paint and drawing can convey and how to tackle making figurative work of the landscape. At the same time, I am painfully aware, as I walk the land, of how the landscape has changed, how many birds and insects have disappeared, often as a result of modern farming methods and the use of chemicals and pesticides.   “Increasingly in the media we see a view of the landscape from above, filmed by a drone. The countryside is changing. The tractor or harvester is controlled by a computer, which in turn is fed information from satellite navigation. Those wonderful idiosyncratically-shaped felds, products of accidental design by the movement of man and beast over the centuries, are slowly but inexorably becoming ever more rectangular, regularised by the computer’s unblinking eye in the necessity to create the simplest and most economic route around the perimeter.   “The garden has of course provided subject matter for many artists. For me, after observing how the landscape is changed by commerce, it is refreshing to comment on a more innocent use and enjoyment of the land.”    Duncan Clarke was born in Great Dunmow, Essex in 1958. When he was seven his family moved to Northamptonshire. After Foundation at Tresham College, Kettering he studied Fine Art and Printmaking at Bath Academy of Art, Corsham, a highly individualistic art school with small studios set in a rural environment. The forward-thinking Head of Painting, Joe Hope introduced the students to inspirational visiting lecturers, including Howard Hodgkin, Victor Willing and Genesis P Orridge. Members of the permanent staff also included internationally renowned artists: Michael Kidner, Peter Kinley and Michael Simpson.   After graduation, Duncan worked in London as a cabinet maker, initially on projects for Eric de Graff, John Minshaw and Zaha Hadid. Later he worked as an artist for London theatres, painting backdrops for the Royal Opera House, the RSC and the Royal Ballet, as well as Andrew Lloyd Webber’s musicals ‘Aspects of Love’ and ‘Phantom of the Opera’.  At the end of the 80’s, Duncan had his first solo show at Smith’s, Covent Garden and a second at 147 Gallery, Great Russell Street. Shortly after this he moved to France for five years, a period which allowed him to develop his fluid mature style. He returned to London in 1996 and in 1999 settled in Oxfordshire, where he continues to paint and exhibit. In 2017 he showed over 80 paintings in the ‘Glass, Light, Paint, Clay’ exhibition at the Peterborough Museum and City Gallery. This show at North House Gallery in Manningtree, Essex affords him the opportunity to exhibit for the first time in the county of his birth.