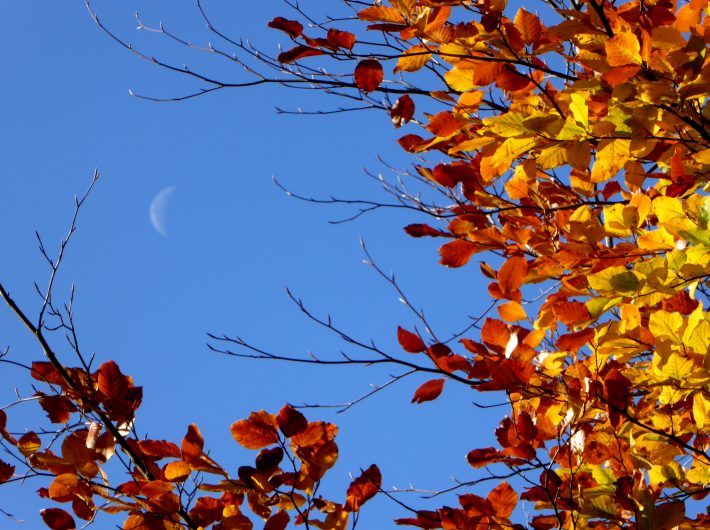 Today’s blog is written by Jules Pretty OBE. Jules is Patron of the River Stour Festival, Professor of Environment and Society at the University of Essex, and author of the 2017 book, The East Country. He will be giving a talk on ‘Nature and Health: How Green Minds Could Help Save Us and the Planet’ at the Quay Theatre in Sudbury on Sunday 2nd June at 7.30pm, followed by a book signing. For more information and to book tickets click here

We know now that nature produces mental and physical health benefits. Even a five-minute dose of nature brings immediate wellbeing. All activities work, and most people receive an additional benefit from social engagement, doing things together. There is something very ancient going on here: we humans evolved in natural environments, learned to cooperate, shaped the land for food and resource. Now we can measure how good this nature and social engagement is for us.

In just the last two generations, world GDP per person has tripled; in the affluent countries it has quadrupled. This planet now produces 35% more food per person; infant mortality has fallen from 150 to 50 per 1,000 live births, in affluent countries down to 5 per 1,000. But here is the reckoning: we consume more, we fill the atmosphere with carbon dioxide. We have more stuff, our lives are more convenient, yet we are not happier. We have solved many infectious diseases, yet we have stumbled into an era of savage health problems caused by our behaviours. We have moved further from nature. The way we live today is killing people in affluent countries – through cardiovascular disease, obesity, type 2 diabetes, mental ill health, dementia and loneliness. We are living longer, but are not sure it will be worth it.

Yet at the same time, we know from the longevity hotspots what it takes to live well and long. In Japan, where there are record numbers of happy centenarians, their cultures encouraging healthy and tasty foods, regular physical activity outdoors, social connections and continued cognitive engagement.

It surely is not too much to demand a sustainable planet and contented people. We have now developed a green mind theory to link the human mind with our brains and bodies, and connect bodies through behaviours into natural and social environments. We know this: environments shape bodies, brains and minds; minds in turn drive body behaviours that shape the external environment. Recent discoveries come from neuroscience and hormones, from loneliness to longevity research, from nudge behaviours to choice architecture, and from many spiritual and wisdom traditions.

The green mind theory centres on a simple idea that the brain comprises two parts: one red, one blue. The red brain is ancient, and centres on the bottom brainstem: it is fast acting, involuntary, and driver of fight-and-flight behaviours. The blue brain is more recent: it is slower, voluntary, the centre for learning, and driver of rest-and-digest. The bottom brain reacts before you think and directs the sympathetic nervous system (SNS). The top brain is calming, directing the parasympathetic nervous system (PNS). A mix of blue and red is best for health and happiness.

But beware: natural selection built a negativity bias into your mind and brain. The gatekeepers are the amygdala nuclei, deep within the brain’s temporal lobes, and highly responsive to alerts. To miss one tiger in the bushes meant death to an ancestor; to run 99 times out of 100 when there was no tiger meant survival. The brain-mind thus evolved a default mode: fast, automated, fight-flight. There is no moderation in the amygdala: it is on or off, responding before thought. The blue brain contains centres for emotions, memory-forming and bonding. In its cortex are abilities to learn, plan, make choices, and the social abilities of empathy and language.

Our minds are built from experiences, and we use the term ‘green mind’ to indicate that there is an optimal daily mix of mainly blue, with some mild red. Too much red is bad for health. In modern affluent economies dominated by material consumption and the manufactured desires for always more, the red mode is over-active. Modern life is lived on simmer, and now it is our thoughts that bring stress. When the wolf knocks on the door, there are consequences. Evolution did not give us an off-switch for the prefrontal cortex, so now today it is thoughts that bring greater worries than the tiger. Today, most threats seem to come imagined worries. Towards the end of his life, Mark Twain said: “I am an old man, and have known many troubles; but most of them never happened.”

Immersion and attentiveness quieten the over-active brain and thus improve wellbeing. Activities that are immersive and involve focused attention reduce oxygen consumption, lower heart rate and blood pressure, and increase the release of serotonin and dopamine: we feel better. Green minds are also more pro-social: they build empathy and trust. Oxytocin increases bonding and understanding between individuals. Increasing the circle of us might be a way to encourage greater care for the planet, resulting in the emergence of greener economies. When the green mind is quiet, the self is stilled. You are not those troubling thoughts: they come and go. They are clouds on a still pond at dawn.

To make these produce better health and more happiness, each of us needs to develop new habits. This is always hard. It is why we know what should be good for us, but so often fail to implement it. Good habits are difficult to develop, bad ones hard to give up.

We need emphasis on nature, social and craft engagements in neighbourhoods, schools, care homes and health-care facilities. Charities and care organisations have a vital role to play: promoting healthy engagement with nature as part of their mission. Every child should be outdoors every day; every older person in a care home should sit in a garden. Every economy should be green and pro-social. Now is the time for a new ethic: the economy is the environment. Meanwhile, the idea of the green mind offers routes to both wellbeing and a better planet.