Notes from a riverside garden – August 2021 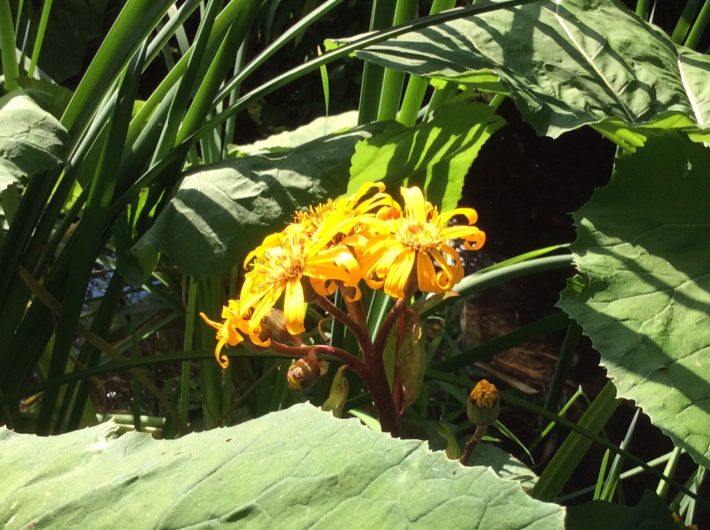 One never quite knows what type of creature may make its way into our garden through our front gates. In the past a couple of pigs, busily investigating the garden, were discovered upon our arrival home, with the garden gates shut behind them! Obviously a kind soul had shepherded the escapees in off the road for safe – keeping but rather a shock to us! Recently, a very kindhearted local lady, was seen herding a swan in through our front gates! The swan had been found wandering along the road and was in danger of being hit by a motorist. How it came to be in the road, some distance from easy access to the river, remains a mystery. My husband, seeing the efforts being made to guide the swan in through the gates to our garden, went out to assist. The swan was encouraged into our vegetable garden and then left to find its way back to the river, which was easily accessible from that point. Soon it was spotted in the millpond. We were anxious about the safety of the newcomer as the resident cob is particularly territorial and the millpond falls into his patch. For a couple of days all seemed to be well and the newcomer spent his days happily in the millpond. However, this calm was soon to change and I found the newcomer badly beaten with a bloodied head, smeared with mud and looking decidedly unhappy, tucked as high as he could get into some reeds on the edge of the millpool. White feathers were strewn about in the area where the attack had taken place. The poor thing just lay there with his head firmly tucked over its back, resting and recovering from the onslaught. We kept an eye on the situation and when the aggressor returned, as he did a couple of times, swimming up and down close to the reeds, we rushed out and scared him off. We didn’t know if the newcomer would recover as he was in a poorly state. The following morning the injured swan had gone, no sign of him in the millpond and we eventually found him on the Island, looking stronger but still muddy and with the wounds on his head. He remained on the Island for a few days and thankfully did return to good health following much resting. The story doesn’t end there however, as a few days later he was joined by another swan, a female. Was this a romantic drama playing out in our garden? Had they been separated somehow and found each other again? (Have I been reading too much romantic fiction!!) They took up residence in the water garden on the Island and looked stunning in the pool together along with the waterlilies in full bloom. Then, to our amazement, two became three as yet another female joined the pair! All three were then in the water garden area for a few days, doing an excellent job of clearing some unwelcome water weed for us during their stay. All three did eventually move on, hopefully finding a safer place up river, with not such an aggressive cob to cope with.

The riverbanks are so attractive at this time with the wildflowers in bloom, these notably include Hemp Agrimony which, on sunny days, is a magnet for butterflies and insects. We have much of this plant and apart from looking fabulous it is so beneficial for numerous insects. Purple Loosestrife is a stunning plant and compliments the Hemp Agrimony when growing adjacent to each other. Nature is the perfect flower arranger! We only cut a small area of the riverbanks in the garden to enable us some clear views of the river. Elsewhere we leave the rampant growth as much as possible and the rewards are well worth it. 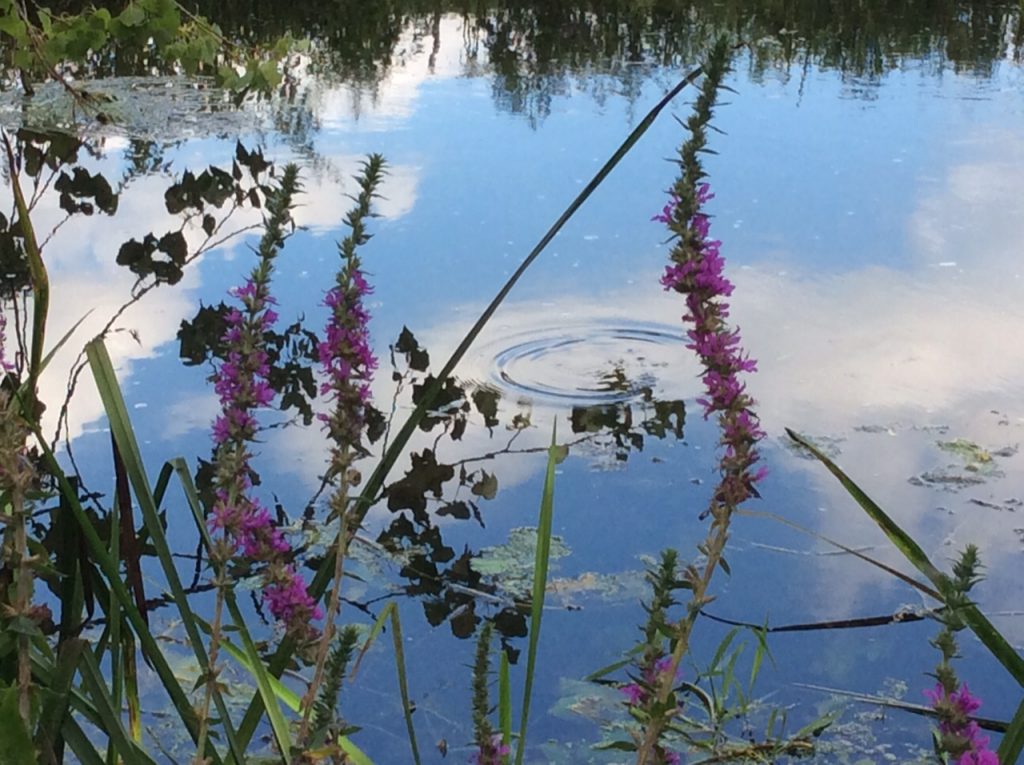 Purple Loosestrife on the riverbank.

The time has come to scythe down the unmown areas left around the garden. These wild patches have been vastly more interesting than the surrounding neatly mown lawns. We were delighted to find a Piramidal orchid in amongst the tall grasses in one uncut area. We have also found evidence of hedgehogs around the edges of these wild patches, no doubt they have been foraging within. The cut vegetation is left to dry in piles and then used in a thatch like way on top of our several stick and log piles, hopefully making the hideways cosy in the winter months. Perhaps the hedgehogs benefit too. SB