Poems of the River Stour 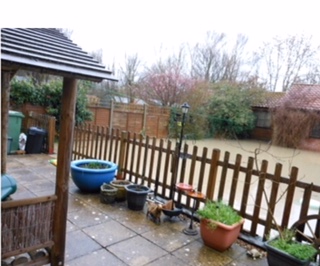 This blog post features two poems written by Linda Bevan and Jo Porth, both members of the Sturmer and District WI. Jo Porth is Secretary to the Sturmer Village Hall Charity.  Their committee has been organising some events to celebrate the River Stour Festival in Sturmer, including a fun run, showing the film The River Runs through us and a photo competition. Whilst Jo’s poem portrays the beauty of the Stour, Linda’s poem shows us another dimension of the river, when it is in flood.

We will feature some more poems from members of the Sturmer and District WI in coming weeks.

Flood in Sturmer by Linda Bevan

Woken up in the morning

S’posed to be an early warning

Look at the floor

Cars making a tidal wave through The Street

Run to the back

Peer into the dark

Back and front soon will meet!

Write to the Councillor

Then anxiously waiting to see how high –

There’s no chance they’ll ever mend

Mud on the drive

But every cloud has a silver lining they say

At least now I can throw all that junk away! 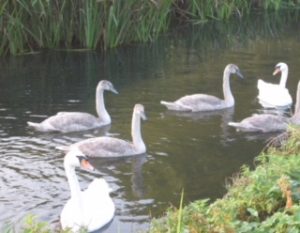 Across Broad Meadow by Jo Porth

Across Broad Meadow the River Stour,

A cottage built with Tudor power,

For fifty years has been our home,

Where ancient man and Romans roam,

The river running through the Mere,

Tawny owls that call at night,

Barn owls with their ghostly flight,

Daises and orchids can be found,

The River Stour where swans swim,

And in the summer swallows skim,

Across Broad Meadow the River Stour,

In Sturmer Mere our hidden bower